The refresh means REANNZ now has 20Gbps of capacity along the length of the country, from Auckland to Dunedin – doubling network capacity for its members. 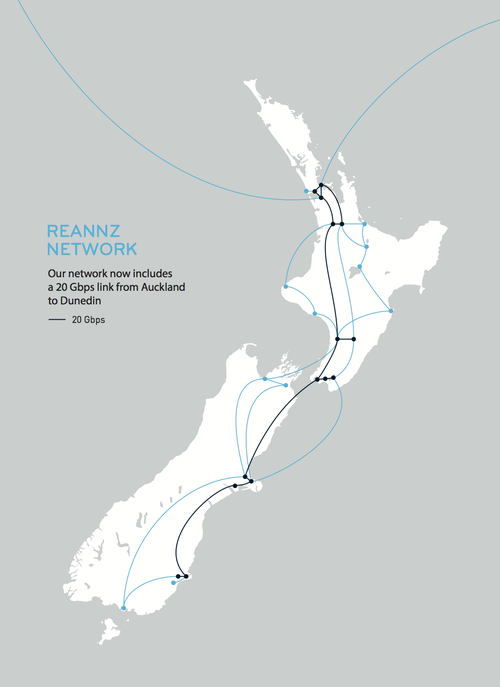 Another key benefit of the upgrade has been the broader deployment of the Junos OS, Juniper Networks operating system, which spans routing, switching, security and service elements. Offering stellar automation capabilities to streamline networking operations, the Junos OS also supports the flexible development of new applications, creating a strong platform for future innovation and expansion of REANNZ’s operations.

Nicole Ferguson, REANNZ Chief Executive, said that the upgrade was critical for the network to continue to deliver on members’ needs, which have grown significantly in the past seven years.

“The decision to implement the upgrade primarily came down to the benefits it would have for our members. Our network must be ready to support emerging research and education traffic needs before they happen, so that we stay ahead of the curve.”

Ferguson says Fujitsu and Juniper Networks have both been fantastic partners to the REANNZ network throughout the delivery of the upgrade.

“We chose Juniper’s MX Series for its strong reputation within the global research and education community – one that’s been validated by our previous experiences with their equipment. During procurement, the Fujitsu team demonstrated a superb understanding of our needs, as well as those of our members, and we were especially impressed with their commitment to developing processes that were easy for us to work with,” concludes Ferguson.

Ken Lord, New Zealand Country Manager at Juniper Networks commented, “Juniper is proud to service and support the higher education and innovation sectors in New Zealand, providing the infrastructure needed to fulfill the growing needs of REANNZ. This dedicated partnership has delivered strong results, ensuring that the REANNZ network meets world-class standards of reliability and is also well equipped for the high levels of future growth predicted by REANNZ.”

Mike Bullock, General Manager New Zealand Sales for Fujitsu said, “We are proud to be a key player in the delivery of this high-speed telecommunications network upgrade, which provides a key service for New Zealand’s research, innovation and education communities. During the project we were able to leverage the strong networking and project management expertise of our staff and partners to deliver a world class infrastructure asset for New Zealand.”