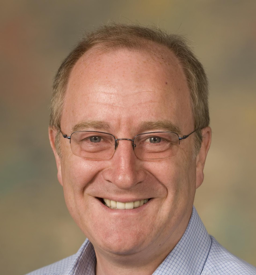 John Bancroft has been appointed to a new role at REANNZ as Engagement Manager, Science and Technology Collaboration.

“My role is to promote and manage collaborations between REANNZ and the research community including Universities, Crown Research Institutes and others.”

“We will increasingly see REANNZ adding our infrastructure and expertise to research projects and bids for funding that incorporate or work with big data and AI.”

Most recently John was at the Auckland University of Technology (AUT), where he held dual roles as Manager of Industry Engagement, and as Director of INTERACT – a $45 million national initiative designed to create, develop and exploit real-time AI and big data technologies for New Zealand.

John also works in an advisory role to MBIE relating to the construction of the Square Kilometre Array (SKA) the world’s largest radio astronomical observatory project.  New Zealand is one of 10 member-countries involved, along with Australia, Canada, China, India, Italy, South Africa, Sweden, the Netherlands and the United Kingdom.

John has spent the last 20 years working at the intersection of industry, government and academia, specialising in promoting collaborations, and raising investment and funding for R&D and innovation. Previous roles include Head of International Project Development for STFC Asia-Pacific, which saw him building partnerships and collaborations with a number of local universities, government bodies, and other key REANNZ stakeholders.

John worked with the UK’s Science and Technology Facilities Council (STFC) for 8 years, including as founder and first Director of the Hartree Centre, where he worked closely with REANNZ’s British counterpart, JANET.

He was responsible for securing over $140M million of funding into AI and Big Data projects, including the SKA, earning him a Visiting Professorship in Science and Innovation with the University of Huddersfield. Before this he spent over 20 years in industry, spanning product development, sales, marketing and technology exchange across Europe, North America and Asia-Pacific.

John is based in our Auckland office and works with members from throughout New Zealand.