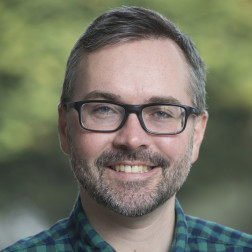 As Technical Engagement Manager at REANNZ, Wallace assists the community to utilise the full potential of the global Research and Education network ecosystem. To this end Wallace leverages his 15 years of experience in higher education IT operations and supporting research infrastructure.

Wallace is active in the broader networking and engineering community, working alongside other national networks such as Internet2, Géant, TEIN, the Quilt, Pacific Northwest Gigapop, Pacific Wave as well as many others.  Wallace is active with the North American Network Operators Group and has worked on the staff of conferences such as Super Computing (SciNet Network Research Exhibition team) and INTEROP (Network Operations Center staff). Wallace has been on several research teams funded for multiple National Science Foundation projects in the US, has served on several NSF funding panels and assists with several experimental networking research projects globally.